Math facts are basic calculations that children can learn in order to help them do arithmetic more quickly. By committing math facts to memory, they can be recalled fluently so attention is freed for working on higher order math functions.

Drills are often the first thing that comes to mind, but the goal for parents and teachers is to help children automatize these facts in as painless of a way as possible - even better if it can be fun!

What to teach first

Addition and subtraction math facts are typically learned first, followed by multiplication and division. As in most areas of mathematics, learning is cumulative, and one thing builds on another.

Math facts can be thought of as the basic building blocks of math.

The more fluent and accurate a child’s knowledge of them, the more confidently and quickly they can work through problems.

So, what’s the best way to teach them?

There is no one right way and the approach you take may be different depending on your learner.

First, information must pass from short to long-term memory. To automatize a fact, it then needs to be encountered and recalled frequently enough so production happens quickly and effortlessly.

One of the best ways for a teacher to ensure learning has taken place is to see if learners have productive knowledge of a math fact. Can they recite it aloud or write it out? 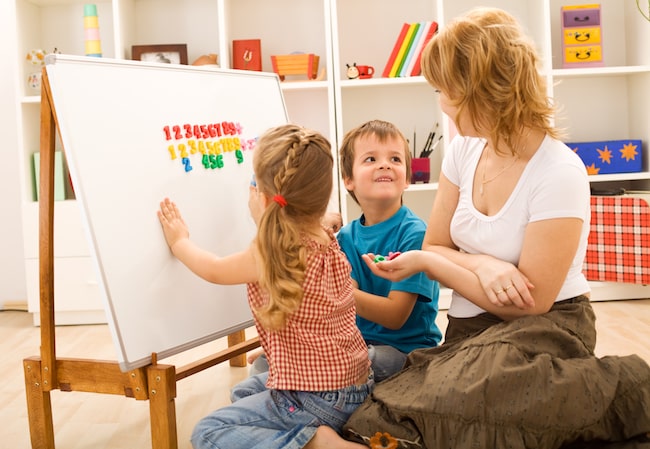 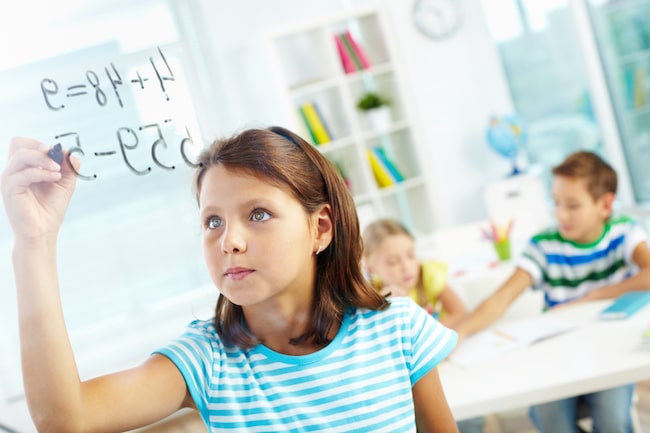 What causes a child to struggle with math facts?

If you notice a child is having a hard time learning math facts, there may be a specific learning difficulty to blame.

Students with dyscalculia can take longer to master counting. They may try to count on their fingers instead of relying on learned math facts, and they often struggle with basic arithmetic.

It’s sometimes recommended that students with dyscalculia be given a calculator as a classroom accommodation to help them access high order math lessons.

Individuals who have dyslexia may struggle with math facts. They can be prone to reversing digits and/or changing the order of numbers when working on an equation.

Word problems are often particularly difficult for students with dyslexia.

This means learners have a harder time interpreting math symbols, including numbers and letters on the page.

Children with slow processing speed can have trouble performing math operations as they struggle to hold multiple pieces of information in memory at the same time.

Learning math facts is especially important, but this too can take longer and require more drills and repetitions to automatize learning.

Math anxiety can cause a learner to experience a mental block which may cut off access to learned information, like math facts. Anxiety typically affects learners during timed assessment situations.

Keep in mind, just because production is interrupted, it does not mean the individual has not learned the math facts.

Dyspraxia is a fine-motor skills difficulty that can make writing by hand, painful. Individuals with dyspraxia may additionally have problems with sequencing, which can cause them to struggle in multi-step math problems. 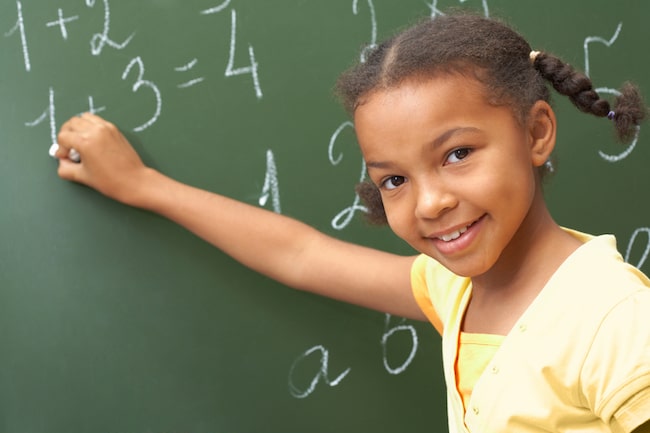 Flashcards are a great no-fuss way to learn math facts. Shuffling a deck makes it easy to mix up the order in which students practice, a learner can study them together with a tutor, a peer, or on their own, and flashcards provide both visual stimuli and a chance for kinesthetic learning. Students can flip the cards over, stack them, or sort them into piles.

There are also a number of apps designed to help students learn math facts. Many of them use gamified approaches which may include drills that motivate students to practice, or actual games based around providing math fact answers and solving simple equations.

Touch-type Read and Spell is both a computer program and an app that teaches touch-typing. Originally designed to help learners with dyslexia, it uses an Orton-Gillingham phonics-based approach to learning in which students see words on the screen, hear them read aloud and type the corresponding keys.