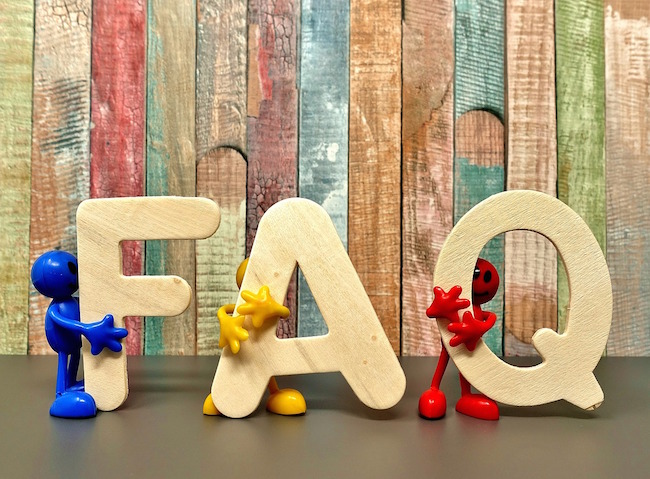 Dyslexia is a language-based specific learning difficulty that can affect reading and spelling skills in children and adults. While the effects of dyslexia are more visible where the processing of written language is concerned, it’s not uncommon for kids with dyslexia to be late-talkers. This is because a child with dyslexia may have poor phonological awareness – or an inability to break words down into their component sounds. If the dyslexia is co-occurring with a motor skills difficulty like dyspraxia, then production of speech sounds may be further delayed.

Individuals with dyslexia can also have trouble with sound sequencing, substitutions, and rhyming. Word recall may be problematic. This ‘tip-of-the-tongue’ phenomenon can lead to misspeaking and halted speech. It can also generally cause embarrassment and anxiety, which disrupts speech fluency and over time, may result in low confidence, and low self-esteem.

What’s important to remember is that speaking difficulties caused by dyslexia are not an indication of low intelligence. There are also plenty of strategies and accommodations children and adults can use to overcome fluency issues at home, at school and in the workplace.

In order to be able to say their first words, babies need to familiarize themselves with the sounds that make up spoken language. They begin doing this before they are even born. As an infant reaches the six-month mark, he or she will start to babble. There’s no set time for when a baby says his or her first word, but most begin to speak between the ages of 9 and 18 months. However, children who have dyslexia tend to take longer to produce their first words because their brains take longer to process the sounds that make up language.

Language delays are different from developmental disorders in that kids who are delayed still achieve all of the same milestones as their peers, they just take a bit longer to complete each step. This is often the case for a child who has dyslexia. If it takes longer for a baby to hear the individual sounds that make up words, it follows that it will also take a baby longer to produce them.

In certain cases of dyslexia, speech production is further inhibited by a motor skills difficulty. For example, it is not uncommon for dyslexia to co-present with dyspraxia, a fine motor skills difficulty that affects movement coordination and sequencing. This can affect the muscles used in speech production and cause language delays. Kids with dyspraxia also struggle with planning. In speaking, planning problems may show up as difficulties with sound sequencing and syntax. 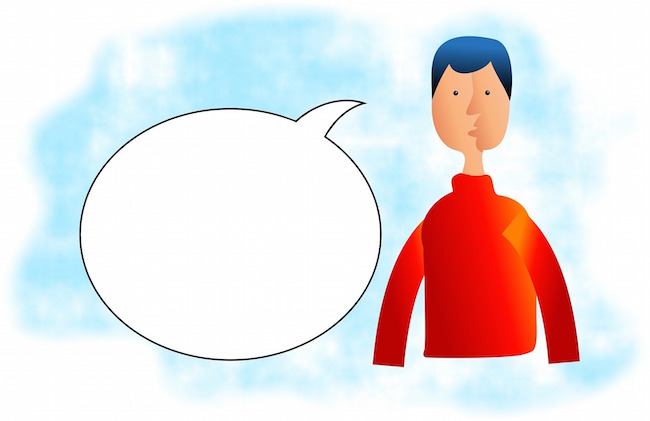 We all experience moments in which we’re mid-conversation and suddenly can’t find the words we want to say. This happens from time to time in adults and may be due to fatigue or infrequent use of the target words.

However, many kids with dyslexia also experience problems with language recall. It’s not entirely clear why this happens -- it may be related to the way they store language in the brain. Studies in applied linguistics have revealed that one way in which we organize and query the mental lexicon is through word-initial sounds. That’s why it’s possible to misspeak and say a word that starts with the same sound, such as bell and ball, or a word that contains similar sounds, such as kitchen and chicken, but means something different.

Phonological dyslexia disrupts a child’s ability to segment word sounds, but it may also affect the way words are stored and accessed. Kids with dyslexia can sometimes have difficulty finding the word they’re looking for, or they might misspeak. This can result in halted speech and shorter utterances which don’t fully express what the child is looking to say. Keep in mind, just because a word cannot be recalled it does not mean that a child has forgotten it or didn’t learn it in the first place, only that access to that word in memory is temporarily interrupted.

Processing time is a term used to refer to the amount of time it takes an individual to process recently learned material and then respond to it. Children with dyslexia may generally require more time and more repetition of spoken input in order to learn.

In addition to affecting language recall and processing, dyslexia can also affect memory. The phonological loop is a mechanism in short-term memory that allows us to capture a sound-bite and rehearse it in the brain. For example, you can use the phonological loop when you want to remember a phone number or a hard to spell name. It helps us preserve material in memory until we can unpack it. Everyone has a different capacity for holding strings of material in memory, but this capacity may be reduced in children who have dyslexia.

When short-term memory is hindered, it can make it harder for the child to recall and repeat the spoken language he or she has recently encountered. This can complicate the situation for a student with dyslexia who is asked to repeat something the teacher has just said. It may be that the child was listening and paying attention but still cannot access the word. However, the more a word is repeated, the easier it will be for the student. Note this is also one reason why foreign language learning might be a challenge for a student with dyslexia.

Other speech difficulties and disorders

It can be hard to know if early delays in language production are related to dyslexia or an overlap of dyslexia with another condition. Some kids may receive a diagnosis of expressive and receptive speech disorder. This is even more likely when attention difficulties or autism are also present.

A child with an expressive and/or receptive language disorder can have a lot of the same symptoms as a dyslexia-related speech delay but will not grow out of these speech issues without intervention.

Note, researchers have also recently created a new term, “developmental language disorder” to describe speech and spoken language processing issues that cannot be attributed to apraxia, autism or any of the previously discussed conditions.

As an individual expands his or her vocabulary, the brain is better able to understand the unwritten rules about permissible phoneme and vowel combinations in one’s native language. Kids can also build on this understanding and make their knowledge of sound patterns more explicit through language play. For example, they might engage in word games where they guess at word endings, practice substituting one sound for another, rhyming, and/or singing nursery songs.

But kids who have dyslexia often find rhyming and language play more challenging than their peers. They can have a harder time with sequencing of sounds and may struggle to master songs where they need to change the middle vowel or use the beginning of one word with a new ending. Tongue twisters can be a challenge.

It’s sometimes useful to provide extra support outside of a group setting and to take a multi-sensory approach to enhancing phonemic awareness. The more opportunities a learner has to engage with the target material and the more time they have to master it, the greater the chances of success. You can learn more about phonological awareness and pre-literacy skills in these articles. 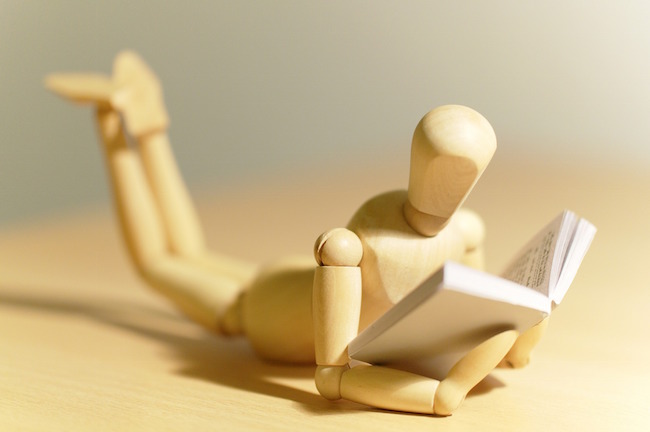 How are speech and reading related?

An understanding of the sounds that make up one’s native language is referred to as phonological awareness. Knowledge of spoken language is an important first step toward developing literacy skills as it helps a child gain a greater sense of the sounds that will be represented by letters. When a child begins reading, he or she will need to associate the correct sound with individual letters and letter combinations in order to sound out words. This aspect of reading is called decoding and is how every child starts off. Eventually, high-frequency words become familiar and reading becomes more automatic. This is referred to as sight reading.

Decoding in reading can be particularly tricky for kids with dyslexia because of issues with phonological awareness. A student with dyslexia may find reading out loud especially challenging. They can misread words, lose their place and experience high levels of anxiety.

Moving directly to sight reading may be helpful but even sight words can be hard for kids with dyslexia to learn, unless a dyslexia-friendly approach to teaching is adopted. 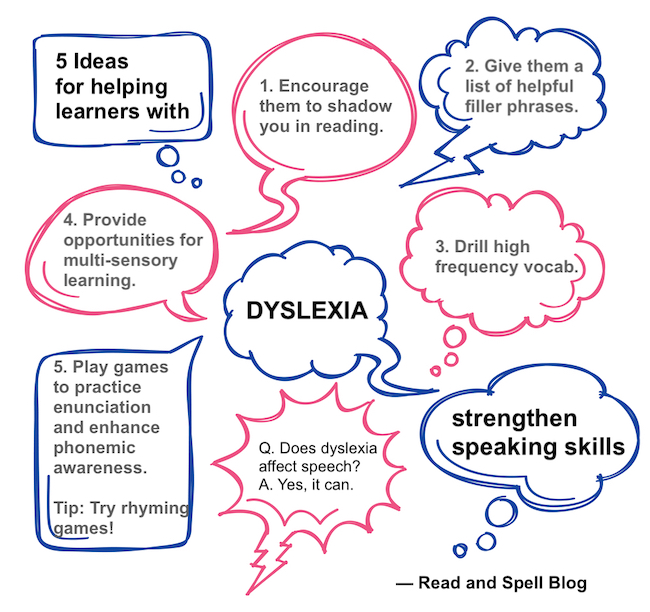 5 Strategies for kids with dyslexia

Because dyslexia is commonly associated with reading and spelling issues, most strategy instruction is geared toward developing literacy skills. But there are ways to help a child develop speaking and reading skills at the same time:

When a child with dyslexia struggles with speaking as well as reading and spelling, it can be both demotivating and detrimental to their performance at school. That’s because whereas a child who struggles with writing may be able to deliver an oral report instead of a written one, when speech difficulties are present, this is no longer an option. This makes it harder for teachers to assess learning and can also cause a child to struggle with low self-esteem.

One solution parents might try for children age 6+ is to introduce typing lessons. Touch-typing taught in a multi-sensory way can help children improve speaking and reading fluency and become stronger spellers. When a child with dyslexia is allowed to learn at his or her own pace, it can also build confidence.

How does typing help students with dyslexia? Typing converts language production into a series of movements which are automatized and encoded by the muscles in the fingers.

Touch-type Read and Spell has been helping dyslexic learners acquire typing skills and improve their reading, spelling and speaking abilities for the past 26 years. It takes an Orton-Gillingham based approach which combines multi-sensory learning with a structured program of phonics.

For learners who struggle with dyslexia

TTRS is a program designed to get children and adults with dyslexia touch-typing, with additional support for reading and spelling.