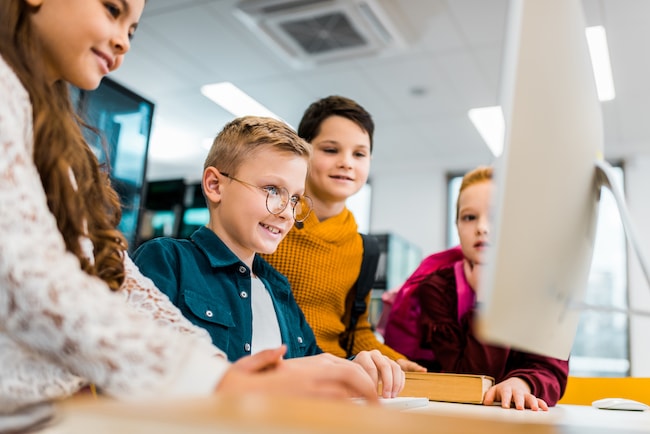 Salma Hayek, Keira Knightley and Tom Cruise are some of Hollywood’s brightest stars – and they have dyslexia. Albert Einstein, Stephen Hawking, Leonardo da Vinci, and Pablo Picasso possessed some of the greatest minds and talents in history and they were dyslexic.

Successful entrepreneurs like Richard Branson and Steve Jobs made use of their dyslexic brains to build billion-dollar companies, and George Washington, Abraham Lincoln and JFK left an indelible mark on history as presidents of the United States of America, regardless of their spelling ability.

No matter where you go in the world, you will find dyslexic individuals who have achieved success, despite experiencing early difficulties with reading and writing.

That’s because dyslexia is not a disability, rather it is a different way of processing language in the brain. It also comes with positives, such as enhanced creativity, an ability to see the big picture, and a facility of bringing together material from different subject-areas, which translates into keen problem-solving skills.

For many students, famous Hollywood stars walking the red carpet or the political leaders on the penny and dollar bill, are not the first figures that come to mind when they consider dyslexia.

That’s why teaching a lesson about famous people who have dyslexia is a great way to promote awareness of specific learning differences in the classroom. It’s also an effective approach for motivating learners who struggle with dyslexia themselves.

Learn more about supporting learners and building positive self-esteem, the strengths associated with dyslexia, and motivational quotes about dyslexia in these posts. For tips on presenting a lesson on famous figures who struggle with reading, check out the activities section below.

An estimated 1 in 10 people have dyslexia, a specific learning difference that can cause problems with breaking spoken language down into its component parts, which in turn affects reading and spelling skills. It follows that ten percent of famous artists, athletes and political leaders will also experience language difficulties, even if their dyslexia is not center stage.

No two individuals with dyslexia are alike and symptoms can range greatly in severity. When dyslexia is mild, a learner may simply need to work harder than his or her peers to acquire decoding and encoding skills. In severe cases, reading and spelling may be completely interrupted if strategy interventions and appropriate accommodations are not put into place.

Dyslexia is not an illness and people who are dyslexic are not less intelligent than others. They just handle language differently. Unfortunately, public education is not always set up to cater to dyslexic students. When a child begins school he or she will learn how to read. However, at a certain point the focus at school shifts from learning to read, to reading to learn.

If dyslexia gets in the way of comprehension and language production, it can have a major impact on learning and performance and cause an otherwise intelligent and enthusiastic student to experience feelings of low self-worth and low confidence.

The actress Keira Knightley often talks about being 5 years-old and proudly reading books in front of her class at school. She assumed she was the top of her primary group, until she was given a book that hadn’t been read to her and realized she had memorized the words and could not read at all.

The more students learn about successful people who share experiences they can relate to, the greater the chances they will see their learning difference in a more positive light. Knightley also talks about learning to read using film scripts given to her by her parents with the promise that if she could read them, she could try out for the part. 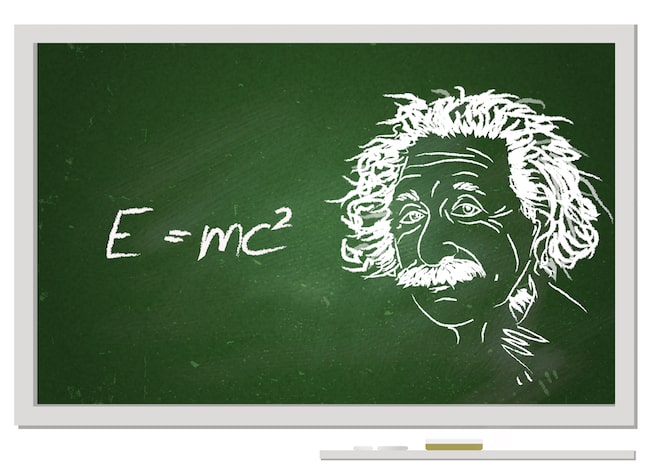 Einstein was a Nobel Prize winning theoretical physicist who developed the theory of relativity and the famous E=mc2 equation. Einstein was well known for his brilliance in math and physics but he also struggled with language difficulties, leading some people to suggest he may have had dyslexia. He had extremely delayed speech and didn’t speak fluently until he was 6 years old. Einstein also had problems getting his thoughts down, retrieving language and reading out loud, all characteristic signs of dyslexia. His contributions to his field demonstrated a unique and novel approach to problem solving which is one of the strengths associated with dyslexia.

Washington was the first president of the United States and was also thought to be dyslexic. He was said to have issues with written language, including an inconsistent approach to spelling in his personal papers – in one example he wrote ‘cloathes’ for ‘clothes.’ He also made grammar mistakes and generally had difficulty expressing himself in writing. It’s worth noting that Washington is not the only US president who is suspected of having dyslexia. Thomas Jefferson, Abraham Lincoln and JFK are on the list too!

This Renaissance engineer, mathematician, architect, inventor, and painter of the Mona Lisa, often wrote in reverse mirror image. He also had inconsistent spelling in his notes, which some people have suggested points to dyslexia. Moreover, Da Vinci was a creative genius and an original thinker of the highest order, qualities commonly associated with dyslexia.

Picasso, the famed Spanish artist and sculptor whose paintings now sell for millions and millions notoriously struggled with reading in school. He was said to have difficulty seeing the letters correctly and could not read. Yet, he also had a keen sense of space, and more advanced visual-spatial ability is often found in dyslexia. 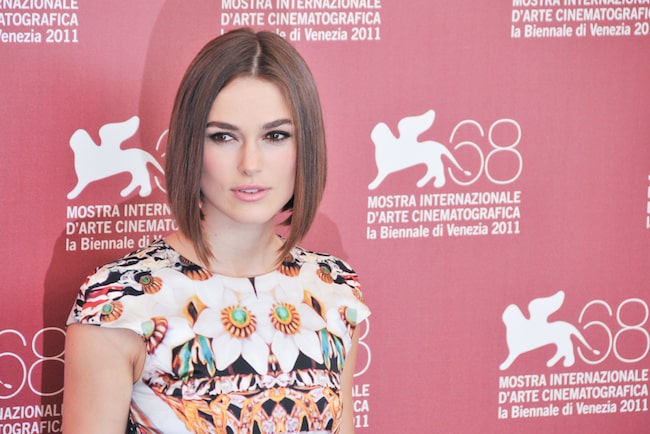 Tom Cruise, the famous Mission Impossible actor speaks openly about the struggles he experienced because of his dyslexia. Cruise claims he was functionally illiterate when he graduated high school and even had trouble reading scripts at the beginning of his career. He has said his dyslexia was something he felt he had to hide in school but has since learned to accept and overcome thanks to strategy interventions.

Keira Knightley, the actress famous for her role in the Pirates of the Caribbean films, Pride & Prejudice and Atonement has spoken extensively to media outlets about her difficulties learning to read. She was diagnosed with dyslexia when she was six and is said to have first practiced reading with the screenplay of Sense and Sensibility.

Jamie Oliver, the British chef whose cookbooks, cooking shows and restaurants are beloved the world over was diagnosed with dyslexia early on in life and had to overcome many challenges to learn how to read. He now actively speaks about his own experiences and the positives traits that he associates with dyslexia – including his creative flair and keen business sense.

Whoopi Goldberg, the comedian and star of films including Sister Act and Jumpin’ Jack Flash has dyslexia. She also has an Oscar, a Grammy, and an Emmy Award! Because she didn’t find out she was dyslexic until later in life, Whoopi spent her early years thinking she wasn’t good at school.

John Lennon, the lead singer of the Beatles and the author of some of the most famous songs ever to be broadcast over the radio, had dyslexia. He struggled with reading and spelling at school yet did well in subjects where he could express his creativity.

Gwen Stefani, the former lead singer from No Doubt, turned independent artist, designer and choreographer, has dyslexia and pursued an art degree at university despite the difficulties she experienced with reading and writing. The singer and songwriter Jewel has also been very open about her insecurities over underperformance at school due to learning difficulties.

Richard Branson is often cited as an example of the power of the dyslexic brain when it comes to entrepreneurship. Branson is the CEO of Virgin. Another famous figure who has attributed some of his success to dyslexia is Academy Award winning director Steven Spielberg.

Salma Hayek is a Mexican American actress who has starred in such films as Desperado and Frida. She was diagnosed with dyslexia in childhood and has spoken about the difficulties of arriving in the United States and having to master English as a dyslexic learner. Hayek has made an interesting comment that she may take longer to read scripts than her co-stars, but she only needs to read them once to get them.

Orlando Bloom has dyslexia and he’s not the only member of the cast of the Hobbit to struggle with reading. Liv Tyler also has dyslexia, as does her dad Aerosmith musician Stephen Tyler.

Noel Gallagher, one of the lead singers of the British rock and alternative band Oasis struggled with mild dyslexia as a child, which he talks about in his autobiography. He found spelling particularly challenging.

Jennifer Aniston is a celebrity who wasn’t diagnosed with dyslexia until later in life. She has spoken about the difficulty she had in remembering facts and how this slowed her down in learning and made her think she was ‘bad’ at school and ‘not smart.’ Her dyslexia was diagnosed after an eye test in which she had to read a paragraph while doctors observed her fixations with an eye-tracker.

Steve Jobs, the founder of Apple had both dyslexia and giftedness. This is more common than you might think and describes individuals who experience difficulty learning to read and spell but who also perform high on intelligence tests. Read more about giftedness in this article.

Dyslexia can co-occur with other specific learning differences such as attention difficulty disorder or motor skills difficulties, and it’s not the only issue to affect famous celebrities. Harry Potter star David Radcliffe struggles with dyspraxia, and Justin Timberlake, Serena Williams and Justin Bieber all have ADHD. Learn more about attention disorders and self-esteem. 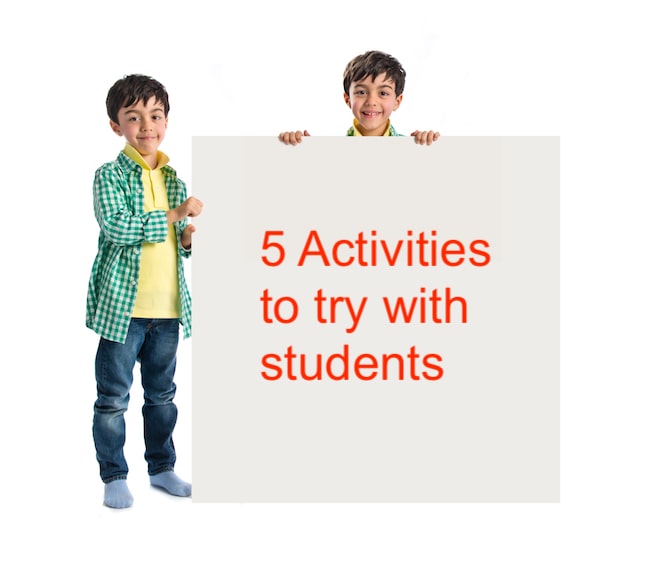 For students who are struggling with dyslexia, one of the most important factors in helping them achieve their full potential is providing opportunities for success. Touch-type Read and Spell is a multi-sensory touch-typing program designed for dyslexic learners. It not only teaches typing skills in a dyslexia-friendly way, but it builds confidence and self-esteem as well as literacy skills.

In this way, learners can take advantage of computer accommodations in the classroom, and improve spelling and reading ability. Being dyslexia friendly, it is highly effective for others who experience a whole range of learning difficulties and differences.

Typing transforms spelling into a series of key-strokes. The TTRS course also uses an Orton-Gillingham based approach to lead users through a programme of phonics, carefully hidden inside structured typing exercises.

Learn more about the benefits of touch-typing for students with dyslexia.

For learners who struggle with dyslexia

TTRS is a program designed to get children and adults with dyslexia touch-typing, with additional support for reading and spelling.