Read and Spell blog
B and d letter reversal

Writing by hand requires a child to correctly identify the sticks, curves and/or circles that make up a letter, then reproduce those shapes in a particular orientation, using a set sequence of pen strokes. Before the skill is automatized, the handwriting process can be quite mentally taxing. New writers are also struggling to develop the fine motor skills needed to grip a pen or pencil and the language encoding skills required for reading and spelling.

Add to this the challenge of writing in a straight line and creating letters of the same height and width and you’ll find that reversing letters is a common mistake for beginners to make. This is particularly the case for symbols built from the same set of shapes, including b/d, p/q, f/t, i/j, m/w and n/u. Nonetheless, most children grow out of letter reversal by age 7 and it only becomes a cause for concern when errors occur beyond first and second grade.

That’s because an older child who reverses letters despite having been taught proper letter formation may be struggling with a specific learning difficulty or a physical impairment that can also impact on reading skills. It’s important for any issues to be identified early on so the right accommodations and strategy instruction can be put in place.

Dyslexia is a language-based learning difference that primarily affects reading and spelling skills and is commonly associated with letter reversals. Not all children with dyslexia will exhibit reversals, particularly in cases where the dyslexia is mild.

However, 8 out of 10 dyslexics have trouble with directional knowledge, which can make the kind of left-right and up-down flipping seen in b/d, p/q and 6/9 reversals more likely to occur. If dyslexia is the reason for the letter reversals, teachers may also note that students struggle with letter and number sequencing – which can lead to poor and inconsistent spelling, and difficulty doing simple maths.

A word of caution: Because letter reversals are an easy way to visually represent a language difficulty, they are often used to accompany articles and blogs about dyslexia. Nonetheless, there is no evidence to suggest letter reversals are more common amongst dyslexic children, compared to same-aged peers learning how to read and write. It is more so that most children grow out of letter reversals, but dyslexic kids who are cognitively overloaded from other elements of reading and writing, including sound-letter mapping, may be slower to.

Did you know that phonological processing, the ability to split a word into its component sounds and then accurately map those sounds to letters, is the most common cause of the literacy skills difficulties experienced by people with dyslexia? Learn more about dyslexia in these posts: Identifying dyslexia, Different types of dyslexia, Dyslexia strengths

These can also cause letter reversals. In fact, people with visual processing disorders commonly confuse letters and numbers that are of similar shapes. This is because while there is no disruption to sight, the brain struggles to interpret the information it receives during reading. A child who has a whole/part visual disorder may not recognize all of the shapes that form a letter as one unit. A child who has visual impairment, can struggle with letter formation as a result of decreased exposure to letters during reading.

In certain cases of ADHD, impulsivity can lead to letter reversals, particularly when a child rushes the pen strokes of a letter and does not proofread his or her own work. Some children with dyspraxia, a motor skills difficulty that impacts fine and gross motor skills, find handwriting so physically challenging that flipped and reversed letters occur due to exhaustion of cognitive resources. Dysgraphia is another writing specific condition that can result in incoherent text and illegible handwriting, including letter reversals.

As is the case for many reading and writing based learning difficulties, a child who falls behind his or her peers is at risk for experiencing low self-esteem, embarrassment and a lack of confidence in the classroom. Letter reversals are particularly noticeable errors and fear of making them may disrupt fluency in writing and interfere with a child’s ability to express him or herself.

This can make a child more reluctant to participate in group activities, especially when writing on the board is involved, and create a negative attitude toward school and learning. In the case of reversals because of a specific learning difficulty, there can be more far-reaching consequences if reading is also disrupted and the problem goes undiagnosed. 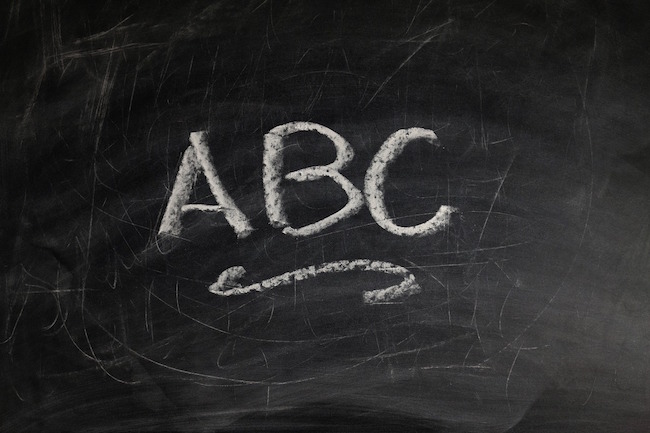 Learning to write by hand

When children start learning how to read and write at school they usually have a pretty good idea of what letters look like. This is thanks to pre-literacy skills development from children’s songs, having been read to by parents and teachers, and playing with letter blocks and other educational toys. Some children can even write the letters in their name. Learn more about the 6 pre-literacy skills.

The goal in teaching writing is to call attention to all of the letters of the alphabet, introducing them one at a time. You can start with capital letters, lowercase, or present them both together. However you go about it, it’s important to have students practice making the lines and curves needed to create a shape. This means going over each pen stroke in a sequence.

It’s recommended to model a letter and then take a multi-sensory approach that helps reinforce the shape in memory - in addition to pen and paper workbook activities. Keep in mind that while many children have experience holding a writing instrument for drawing, figuring out how to grip a pen or pencil and apply the right amount of pressure can take some getting used to. This is especially true of kids who struggle with dysgraphia and dyspraxia.

Writing instruction is accompanied by phonics lessons to teach reading skills including sound-letter correspondence and common letter combinations. Children are thus simultaneously learning to read, write and spell, which is a cognitively demanding task.

As fine motor skills develop, forming same-size and proportionate letters that are neat and evenly spaced becomes easier and eventually§  the writing skill is automatized. This typically occurs by the end of the second grade. Students will then go on to learn the cursive script and sometimes even touch-typing in later grades.

In general, it helps to spend more time on one letter in a commonly reversed pair, before introducing the other. That’s because presenting them simultaneously can lead to greater confusion. Studies in applied linguistics have shown that when we have to master a group of words, it is more difficult to achieve high accuracy if they look and sound similar, or have a related meaning. There are also apps available for tablets and iPhones that turn letter reversal drills into games. 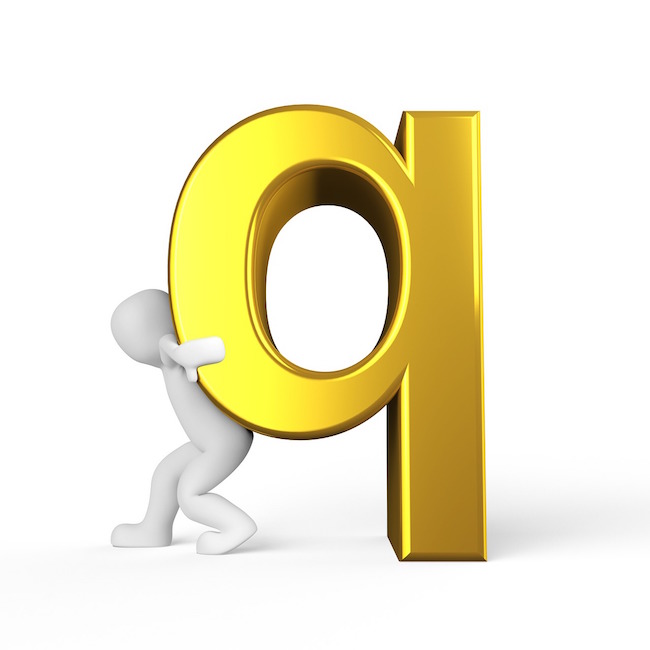 For students who are resistant to targeted reading and writing activities, sometimes it’s useful to introduce an accommodation that isn’t perceived as directly addressing the problem. One useful approach for students who are 7 and older is to offer touch-typing lessons. A multi-sensory program like Touch-type Read and Spell presents a letter, letter combinations and words on the screen, plays an audio and then directs the child as to where to type the letter.

Keyboarding uses muscle memory in the fingers to override handwriting issues and repeat drills to reinforce correct letter orientation. Learning to type is also a handy accommodation for students who struggle with dyspraxia, dysgraphia, visual processing disorders and ADHD for everything from note-taking in class to doing homework and taking exams. Learn more about the benefits of touch-typing.

TTRS takes a dyslexia-friendly approach to typing and uses a curriculum based on phonics to reinforce reading and spelling skills at the same time.