Learning how to write is one of the most important things a child will do when he or she begins school. That’s because writing offers a means for self-expression and reflecting on the work of others, but it’s also how knowledge and learning is measured in our society. Writing can be done on a computer or through dictation using speech-to-text technology, but it’s more common for children to learn how to write by hand. This happens between the ages of 4 and 5 and involves becoming familiar with the letters of the alphabet, mastering the pen strokes used to form letters, and practicing with holding the pen or pencil in a tripod grip.

It’s common for new writers to struggle with letter formation, spacing and posture in the beginning, but most are able to produce clear and legible text by the end of the second grade. However, there are some children who continue to struggle with the mechanics of handwriting beyond age 7 or 8. For these learners, writing is often slow and labored, and may cause high levels of stress, frustration, anxiety, and embarrassment at school.

Handwriting requires highly developed fine motor skills, which is why it typically isn’t taught until children are age 4 or older. Keep in mind everyone’s handwriting is unique and no two children will write in exactly the same way.

Additional things you may see

It’s hard enough to learn one group of letters but in the English alphabet learners have to study two sets, capital and lowercase - which are sometimes entirely different shapes! Dealing with letter formation, spacing, posture and spelling all at the same time can be cognitively and physically exhausting for a child, so you may see slips in usage of capitals which can appear when the lowercase letters can’t be recalled or are too hard to write. It can also just happen because the child is tired.

There are two steps to writing a letter correctly. You need to understand the shapes it’s made of and how they are oriented. It’s especially common for letters like b and d or p and q to be reversed in younger learners (learn how to address reversals that continue to occur past the 2nd grade), because they are mirror images of each other. Having a strategy in place to deal with an error which is repeated will help.  For example, if a child has consistent difficulty remembering how to shape the letter b, each time they come to write it, they may have to remember “first the bat, then the ball” which is to say, first make the downward stroke representing the bat, followed by the round ball.

You may see no punctuation, extra punctuation, or even unusual punctuation as young writers are experimenting. This is something that you shouldn’t worry about as conforming to punctuation norms will develop as reading skills progress and learners gain more exposure to correct usage.

Beginner writers are learning to break words down into their component sounds and then pair those sounds with the correct letter(s) from the alphabet. This is challenging enough in itself, let alone accounting for all of the strange spellings in English words. Once the basic process of encoding has been mastered, a child will gain a greater capacity to refine spelling and account for exceptions to the rule.

In contexts in which a child is still instructed in cursive writing, you may see a mixture of cursive and print appear, particularly when new letter shapes are difficult to form or hard to recall. 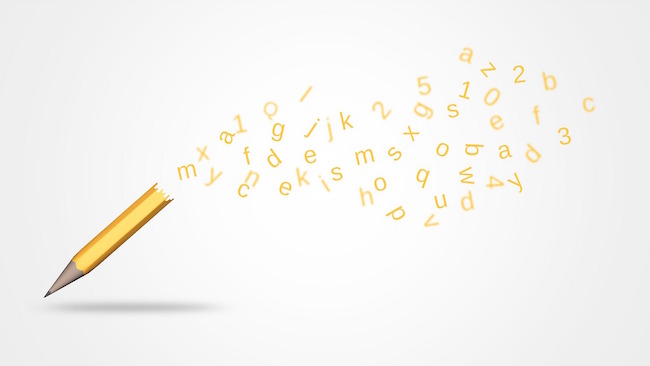 Handwriting problems that persist beyond the 2nd grade are often a sign that a child is struggling with a motor skills difficulty, such as dyspraxia, or a learning difference like dysgraphia, dyslexia or ADD/ADHD. Dyspraxia and dysgraphia can make it difficult - and sometimes even painful - to write by hand.

ADHD can cause fast handwriting that is quite messy. Dyslexic students can be distracted by anxiety over spelling and unable to attend to presentation aspects of their work. Problems with handwriting can interrupt note-taking and cause a student to fall behind in class.

Poor handwriting can also result in lower grades on assessment measures, depending on a teacher’s approach to marking, and over time, these issues may lead to a child developing a negative attitude toward school and learning.

But handwriting is still central to most school curriculums, particularly in lower grades. That’s why it’s important to identify problems with handwriting early on, so they can be addressed before they impact on a child’s confidence and self-esteem. With the right combination of strategies, therapies and accommodations, every child can achieve his or her full potential as a writer.

Learn more about handwriting problems, identifying dyslexia, the signs of dysgraphia, helping children with dyspraxia at school, and ADD and ADHD.

It’s also worth noting that visual impairment can impact on handwriting, as letter shapes are harder to get right when you have difficulty seeing them. Visual processing disorders can also cause poor handwriting because they make copying letter shapes, understanding orientation, and dealing with letter and word spacing challenging.

Learners with autism spectrum disorder can also find writing by hand difficult and may prefer to write using a computer.

What writing is all about

When children are first learning how to write there may be a lot of focus on letter formation and neatness to teach students about correct usage, but this guidance often becomes part of the marking criteria when a child reaches the third grade. The tragedy for learners who continue to struggle with poor penmanship is that handwriting is a somewhat superficial aspect of writing. Elementary/primary school is one of the only contexts in which it really counts.

Most older learners and adults prefer to type their written work, particularly when it comes to school essays, emails, and business reports. Moreover, having messy handwriting is a somewhat acceptable quirk for adults.

That’s because what really counts when it comes to writing is the range of vocabulary used, the meaning behind the words, how language comes together to express ideas, the complexity of the thinking and the structure and organization of the piece, not how beautiful its script is.

Of course having legible writing is important so the writer and others can understand what’s been written, but it’s not always possible for every individual to achieve this. Remember too there were plenty of creative people and geniuses who had notoriously poor handwriting, from Beethoven to Freud and even Picasso! 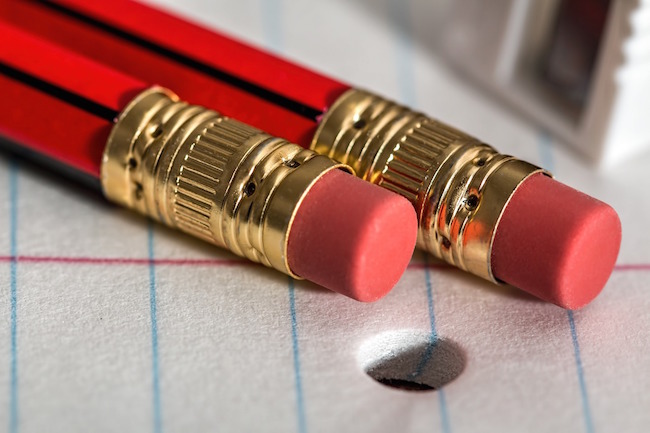 When problems with handwriting skills prevent a child from developing as a writer, it’s important for parents and/or teachers to intervene and provide targeted coaching, therapy, or potentially an alternative method for written production. It is particularly tragic when a very bright learner struggles to get their thoughts down on paper, but excels in oral reports. If grades and performance do not reflect intellectual ability it can cause a child to think poorly of him or herself –even believing he or she is a bad writer.

That’s why a common accommodation for students who struggle to write by hand is to introduce a keyboard and provide instruction in touch-typing, so learners can automatize the muscle movements used in typing – just like they would do in handwriting - and let the ideas flow freely through their fingertips and onto the screen.

A computer alleviates difficulties with letter formation. It takes away the stigma of having messy handwriting, crossing out text, or turning in assignments covered in erasure marks. There is no need to stay within the margins, as formatting can be applied automatically, and additionally, students with learning difficulties that cause spelling challenges gain access to a spell-checker.

Students who struggle with handwriting may always do so, but touch-typing can become automatic, making the writing process itself stress free. Learn more about how touch-typing can help dyslexic students with spelling.

Touch-type Read and Spell provides a structured and supportive program to teach typing to children and adults who struggle with motor skills and/or learning differences. The course is self-study and self-paced meaning every learner goes at a speed that is right for him or her.

Emphasis is on accuracy so there is no embarrassment for a learner with dyspraxia who needs to take it slowly. Moreover, key introduction is achieved through a program of English phonics, which helps learners encode real words as a series of key-strokes from the very beginning.

Multi-sensory learning combines audio and visual input with movement. Learners see the words, hear them and type them, which reinforces learning and boosts reading skills too. Achieving success from the very beginning of the course boosts self-esteem and confidence as a learner.

TTRS has been helping learners with special needs for 25 years and has won numerous awards, including the Educational Resources Award for Best Special Needs Product in 2017, with a nomination for the same award in 2018.