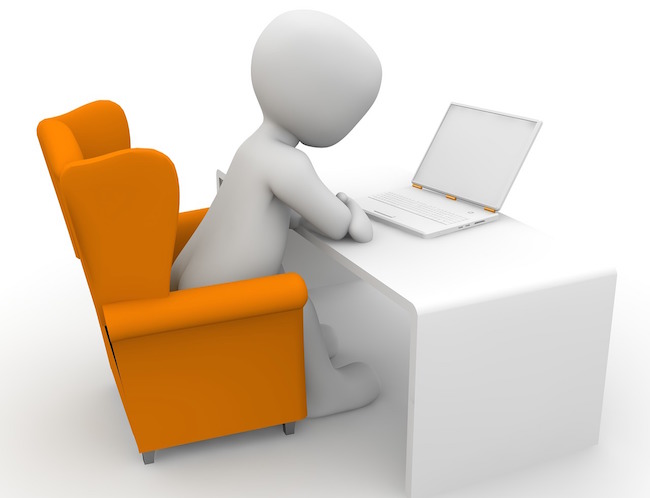 One of the main differences between the touch typing method of keyboarding and two-fingered typing is in how you allocate your attention while you work at the computer. When you type with two or more fingers, also known as the “hunt and peck” approach, your attention is split between visually scanning for keys, looking at the screen and/or looking at any additional materials you are reading or copying from.

However, in touch typing, the hands rest on a designated set of keys (the home row) and each finger moves in a systematic way to reach the letters nearest to it. Over time the series of movements required to type English words is automatized and typing becomes a fluent transfer of thoughts into language. This frees up cognitive attention and processing power for the content of the task, so writers can focus on the work they are producing vs. the mechanics of recording it in electronic format.

Because with touch typing you do not need to look down, this method is less tiring for your eyes and much better suited to transcription and taking notes from the board. Touch-typing is also generally faster than hunting and pecking. This is because keeping your hands still and making use of all eight fingers and thumbs on the space bar is more efficient than moving them around the keyboard in search of individual keys. With touch typing you can achieve speeds of up to 120 words per minute (wpm) - and the faster you type, the easier it is to match the speed at which you think and “get your ideas down” before they go.

TOP TIP: Keep in mind not everyone has the finger dexterity to type this quickly. Most people type at around 40 to 50 wpm so reaching 75+ wpm is considered a good speed. Learn more about increasing typing speed.

How you type can affect your spelling

Touch typing may give you an advantage when it comes to spelling as well. When you learn to touch type you memorize the position of the keys on the keyboard using muscle memory in the fingers and hands. This muscle memory is also harnessed to type common letter patterns in English and is why typing high frequency English words tends to be easier and faster than low frequency vocabulary. It makes touch typing a particularly useful skill for people who struggle with spelling, such as individuals who have dyslexia. Learn more about the benefits of typing and touch-typing for dyslexics. 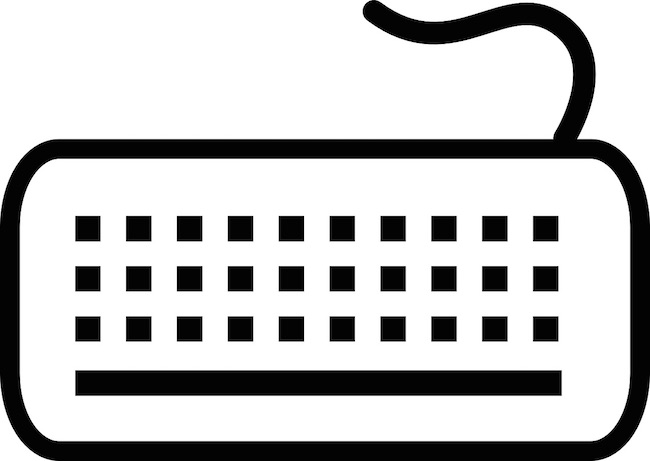 Researchers at Aalto University in Finland did a study to learn more about how people type when they “hunt and peck.” By attaching sensors to participants’ fingers they were able to measure typing speed, accuracy and movement patterns as the individuals used the keyboard. The results showed four general styles of hunting and pecking, which sometimes involved up to 6 fingers. They observed a number of unique strategies, such as using both thumbs to hit the spacebar and turning caps lock on instead of using the shift key.

Some of the participants were able to reach relatively high wpm speeds – even achieving 70 wpm* - and there was also a general tendency to keep the left hand still while the right hand moved around the keyboard. Moreover, some of the faster participants used the same finger to type the same key more than once. This indicates they were actually using a personalized touch typing approach, though they were not consciously aware of it.

*Note there was a ceiling to the speed observed. Because fingers have to move further in this kind of typing, it takes longer.

For some people, two-finger typing is less a chosen approach and more a personal style that has evolved over time because of lack of instruction in any other method. Many hunt and peckers would actually like to learn how to touch type, particularly if they are planning to go back to school, increase efficiency at work or interview for a new position. That’s because in addition to being faster and more practical, touch typing also looks more professional.

However, it’s important to understand that a transition to touch typing does not guarantee you will be faster straight away. On the contrary, two-finger typists first need to unlearn the patterns they have been using for many years and develop new muscle memory and finger to key patterns. This takes time, dedication and persistence and in the beginning, it can be slow going. Learn more about common difficulties faced in learning how to type and how you can overcome them.

The most common touch typing method is actually an approach that has been passed down since the time of typewriters. That’s because the QWERTY keyboard layout hasn’t changed much in the past 130+ years, with the exception of the addition of shift, delete and other computer specific keys. Some speculate that the key arrangement in QWERTY was done in an attempt to space out letters that are frequently typed together, to lessen the chance that the typewriter jammed.

As a consequence, some alternative layouts have been proposed, such as the Dvorak system, which claim to be more efficient and make typing even faster. Despite this, the QWERTY keyboard layout continues to be the most popular world-wide, and only varies slightly depending on the letters and characters needed for different languages and computer operating systems. 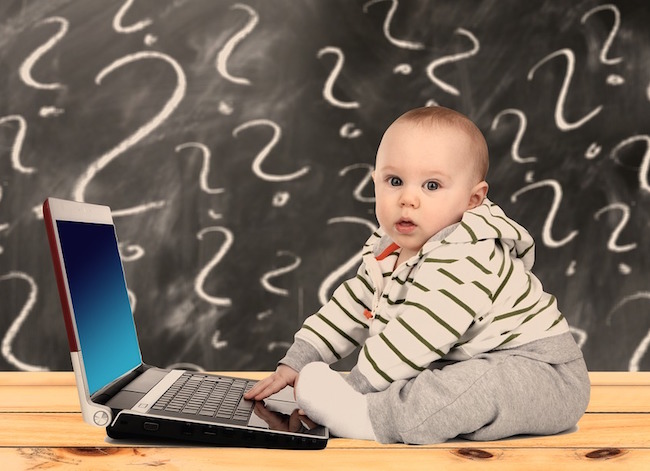 A keyboard for everyone

Some individuals use two-finger typing instead of keyboarding because they find it difficult to reach certain keys with a designated finger. They may end up typing two keys instead of one or pressing a key so the letter registers more than once. In these cases alternative keyboards exist that can help people learn to touch type. For example, there are keyboards for people with big or small hands, visual impairments and even those who need to practice one-handed typing.

You can get a keyboard made specifically for children and you will commonly run across ergonomic keyboards which have an unusual and wave-like shape that splits the keys down the middle. Learn more about different types of keyboards.

For any hunt and peckers who would like to learn how to touch type, the Touch-type Read and Spell course offers a multisensory and phonics driven approach that is suitable for children aged 6-7 through to mature learners. It focuses on building accuracy before speed and uses real words from the beginning. You learn by gradually increasing your fluency through the typing of common English letter patterns and high frequency vocabulary.

It’s good for all, but especially helpful for learners with motor difficulties and physical impairments who may not have been successful using traditional approaches. The phonics emphasis also means TTRS is appropriate for individuals with dyslexia, as it strengthens spelling and reading skills.

You may also be interested in: Tips for beginners, The home row keys, How long does it take to learn typing